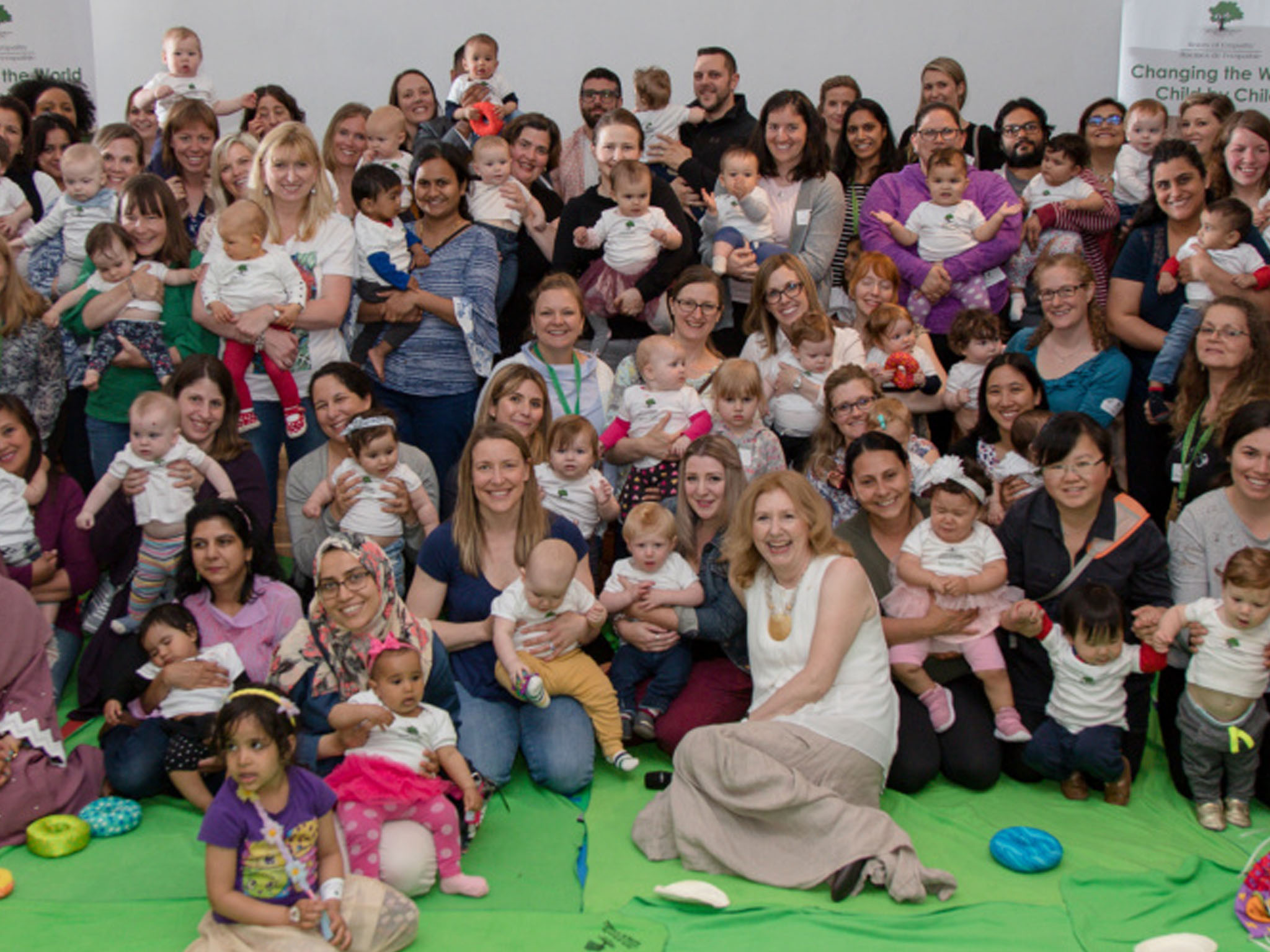 The seed that became Roots of Empathy

I remember it was Monday morning. We had our parenting program that morning. And Amy hadn’t come. That wasn’t good. It had happened before. So, on my way home, I stopped by her place.

Amy was a mother before she was out of her teens. She had a little girl. She had had a rough time growing up. Her mother was an alcoholic who had physically abused Amy. And now Amy was trying to bring up her own little girls.

Amy answered the door. Her face was badly bruised with a cut across her eyebrow from her glasses. Her boyfriend had hit her again. She told me she didn’t want to come to the program because the other teen mothers would tell her to leave him. She said, “He’s really sorry, he’s never going to do it again. And he loves me.”

This moment was etched in my mind because I could see her little girls growing up to repeat the pattern of her mother’s life.

I saw families suffering through domestic violence, child abuse, and neglect. Many young parents I worked with grew up in an environment where violence was a form of communication – where a nurturing style of parenting was absent. I saw, firsthand, the damage caused when children were robbed of the sense of self-worth that is a normal part of a secure, early relationship with parents.

I could see the common denominator:  the absence of empathy from the perpetrator.

My experience led me to wonder if one is ever too young to learn what makes a good parent, to realize what a baby needs to get a good start in life.

That day, Amy jolted me into the transformative moment that crystallized my thinking about the need to break the intergenerational transmission of violence and negative patterns of parenting. Amy was barely out of her teens and trapped in the toxic belief that this was normal, that negative attention was inevitable – and better than no attention at all – even at the risk of violence to herself and her children. The challenge was to prevent her little daughters from following in their mother’s footsteps; the challenge was to find a way out of repeating the cycle of violence and poor parenting that was being passed on from one generation to the next.

I wanted to prove birth is not destiny. It’s never too early to learn what makes a good parent. Attachment gone wrong can unravel a person’s life. I started Roots of Empathy to give children the opportunity to spend a whole year with a deep connection to a neighborhood parent and infant who naturally demonstrate secure attachment and attunement, and are the best model of empathy. That relationship can determine the quality of all relationships across the lifespan.

Roots of Empathy is a universal program. It’s not just for those who have been dealt a difficult hand in life. It’s for everyone. All children need to develop an appreciation of their own uniqueness, to find their voice, and, through developing empathy, learn how to make friends and be in relationships. They learn how to be connected. And, as the saying goes, a rising tide lifts all boats.

Today marks the start again in Canada of Domestic Violence Awareness Month. Stats from the Canadian Women’s Foundation tell us that approximately every six days, a woman in Canada is killed by her intimate partner. According to the Department of Justice, Canadians collectively spend $7.4 billion to deal with the aftermath of spousal violence. 67% of Canadians say they have personally known at least one woman who has experienced physical sexual abuse. And Aboriginal woman are killed at six times the rate of non-aboriginal woman.

I lost touch with Amy. I don’t know what happened to her or her children. I wish she knew what her experience inspired. Thousands of babies, thousands of volunteers, and almost one million children in 14 countries have now experienced Roots of Empathy.

We’ve been at it for more than two decades. We keep going because if we can spark empathy in children, we really believe they can change the world in ways we can’t imagine. They are the citizens, leaders, and very importantly, the parents of tomorrow. They will determine the world they want. And so we plant the seeds of empathy today, in the hope that our children will build a kinder and more empathic world tomorrow.

The Canadian Women’s Foundation offers a fact sheet: Violence Against Women in Canada

The Baby Celebration in Toronto in 2019 shows how the kernel of an idea way back, planted in 1996 has grown. We are proud that almost one million children around the world have had Roots of Empathy in their classroom.